How Daisy Dip was named

All of Lily-Flame scents have a story. From the inspiration behind the name to the way we created the fragrance itself, one thing is certain- It's taken a lot of time, love and energy -

And sometimes the inspiration comes from many, many years ago...... back through the mists of time.... in this case back to one of Britain's most fondly remembered summers.

Lily-Flame's founder, Jo Nicholls tells the story that inspired the name of one of our best loved candles, via the fabled and mythical forbidden, faraway field we find ourselves in.... 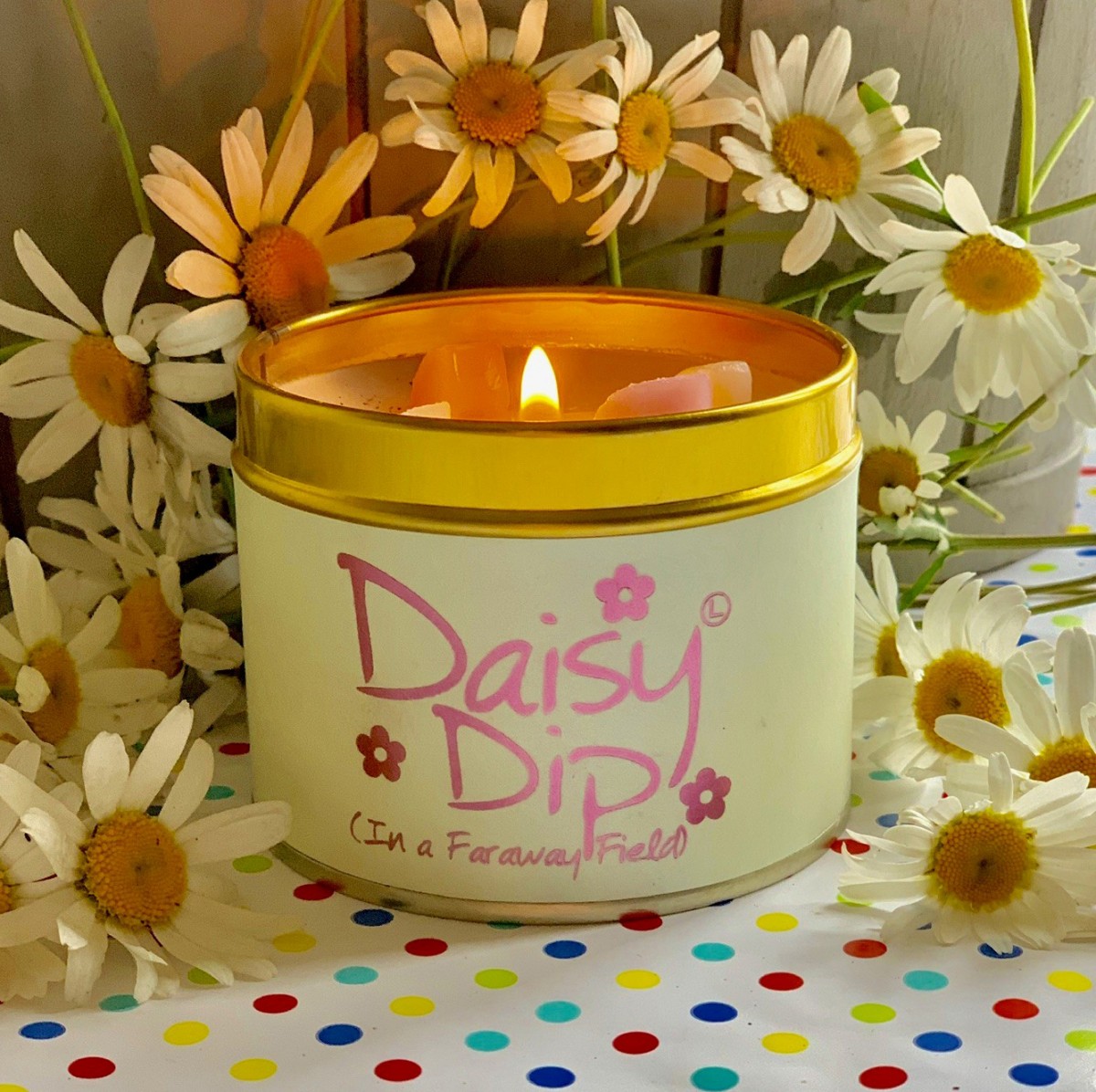 I was ten years of age when the heat-wave came to Britain in 1976. It was the summer holidays and we had six long weeks of freedom. My sister, my two older brothers and I spent all those endless days outside in the sunshine. Chasing each other round and playing in the fields behind our house. There were two of these fields separated by a dip.

Mum said that my sister and I were fine to play in the near field but we must never go down Daisy Dip into the faraway field because we were too young. The smell of the dry brown grass, the buttercups, the dandelions and daisies. All the other children- my cousins and my friends laughing and shouting in the hot sun. Everyone who lived round us called it Daisy Dip though it was never written down like that on any map.

At tea time mum would stand on the coal bunker in our back garden and you’d hear the unmistakable shrill of her wolf whistle sounding out over the fields. That meant it was time to go home and the four of us would race back along the cut-way wishing we could play on longer.

Up in my bedroom it was still so light and warm. You could never go to sleep. I’d quietly get up and pull back the curtains. The window was open and the perfume of the grass and the flowers in my mum’s garden was strong. There I’d sit up on the windowsill staring out over Daisy Dip into the faraway field…… wishing.

So... When we decided to create a light floral Summery scent, Jo told this story and we had our inspiration.

Next came months of developing the perfect fragrance then creating the label design... but all that's another story.

We hope you liked Jo's trip down memory lane! Let us know which scent's your favourite and we'll rifle through the dusty corridors of our minds and recall how it all started!

If you like this blog then you’ll love these products

Back to blog
Back to top